SiteSpect Synopsis: Google’s Ad Blocker and the Future of Marketing

On February 15, Google rolled out its new built in ad blocker for Chrome. The ad blocker seeks to enforce the Coalition for Better Ads guidelines by blocking and banning ads that meet the following criteria: pop-up, auto-playing with sound, prestitial with countdown, and large sticky ads for desktop browsers. The additional criteria for mobile browsers are: density higher than 30%, flashing animated, and full screen rollover ads. Google maintains that this move intends to improve the user experience in the Chrome browser without eliminating advertising entirely (by way of third party ad blockers, for instance). Here is what writers around the web have to say about this development and its effect on the marketing world.

Writer Amy Onorato interviewed professional marketers about how their campaign strategies may change in the wake of Google’s roll out. In response to being asked how this will change marketing strategies going forward, opinions ranged. On one hand, the move protects most advertising by maintaining an enjoyable user experience. On the other, “Digital advertisers will have to think a lot more like SEO strategists and content marketers. They’ll need to create compelling content that aligns with search intent” says Patrick Reinhart, Conductor.

The Takeaway: Ultimately, Google’s default ad blocker helps protect internet advertising by minimizing the need for third-party ad blockers. But, it does suggest a change in the way marketers reach audiences. Namely, content and relevancy must take over from pure presence.

February 15: “Can We Really Trust Google as Judge, Jury, and Executioner of Online Ads?,” The Guardian

Tech reporter Alex Hern questions Google’s consolidation of power in the ad regulating world. Google earns 85% of its revenue via advertisements, and so any attempts the company makes to influence advertising practices directly affects its bottom line earnings. Still, the default ad blocker does improve the user experience for those using the browser and Google seems to have found a way to keep user experience a top priority while also maintaining ad revenue. Hern writes, “The plan is simple, and almost explicit: block just enough adverts to make sure that people don’t feel the need to install an ad blocker that will block them all. The only way to save the ad industry is to improve it, and the only way to do that is to cut off the most egregious offenders at the knees.”

The Takeaway: Before judging the results of Google’s ad blocker, we should consider the company’s role in the industry itself and take this new feature with a grain of dystopian salt.

Writer Jerrid Grimm argues that the types of ads the Chrome ad blocker will block were not working to begin with. He describes that in a saturated media environment the easier option for brands has been to make themselves the “loudest one in the room,” instead of investing time and resources into creating more valuable ad content. This ad blocker will now stop rewarding the types of advertisements that users vocally dislike. Instead, Grimm contends that Chrome’s default ad blocker will improve the quality of marketing material and encourage more long-term sustainable marketing trends and practices.

The Takeaway: The ad blocker will, in the long run, actually benefit advertisers and marketers by forcing more thoughtful content production.

There’s no denying that Google is a leader in the advertising and marketing industry, and that does slightly complicate the situation, as Hern argues. But ultimately, Google’s default Chrome ad blocker comes as no surprise, and reflects the way advertising has been moving for quite some time. Savvy users already understand the role ads play in their online lives, and they know how to install external ad blockers or customize their ad settings. So, while this shift seems dramatic, it probably isn’t going to make much of a difference to many Chrome users. However, it does reflect a marketing trend toward valuable content rather than pop-up and overwhelming ads. Brands now face the amplified challenge of determining what is valuable to their target market. In the end, the conversation around Google’s new default ad blocker seems to be, “Content is still king.” 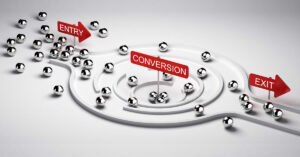 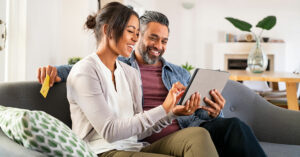 5 Reasons You Should Be Testing Feature Releases